The Tri-Cities Local Immigration Partnership (TCLIP) brings community leaders and organizations together to develop welcoming and inclusive communities, where established residents and newcomers feel a sense of belonging and attachment.

As part of a national network of Local Immigration Partnerships (LIPs), TCLIP is part of a community-based partnership that: 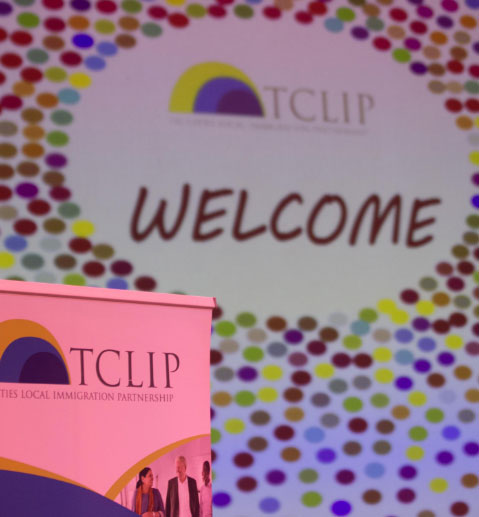 TCLIP engages with community stakeholders from across different sectors. Our team believes that immigrant and newcomer voices are critical in this work. Using a collective impact framework, we bring together community stakeholders and the Immigrant Advisory Table to plan, co-design, and guide initiatives that support our strategic TC immigration priorities.

To read more about our immigration services partners, click here.

The TCLIP team is considered the “backbone” of the local immigration partnership. Our role is to convene and coordinate with partners on strategies and activities. The team is comprised of our Co-Chairs and staff.

S.U.C.C.E.S.S., a multicultural and multi-service agency, is the signatory of the LIP Agreement with Immigration, Refugees & Citizenship Canada (IRCC). It is responsible for the activities and deliverables outlined in the agreement. Ryan Drew, Director of Integrated Services for Newcomers is the designated representative and acts as a Co-Chair for the TCLIP.

The Tri-Cities region compromises the municipalities of Coquitlam, Port Coquitlam, Port Moody, Anmore and Belcarra. It is home to approximately 234,300 people, 39% of whom (2016 Census) were born outside of Canada[1]. The immigrant population in the Tri-Cities increased by 3% since the 2011 National Household Survey (NHS) in comparison to Metro Vancouver at 8%[2]. Of the 91,020 Tri-City immigrants, 12,755 are recent immigrants who arrived between 2011 and 2016[3].

We acknowledge that the work of the Tri-Cities Local Immigration Partnership takes place on the unceded traditional territory of the Kwikwetlem First Nation, which lies within the shared territories of the Tsleil-Waututh, Katzie, Musqueam, Qayqayt, Squamish, and Sto’:lo Nations.