Join us for three weeks of engaging activities as we learn together to deepen our understanding of the importance of justice, equity, diversity and inclusion in our communities. From speakers, workshops and dialogues to exhibits and performances, these activities will provide opportunities for us to connect, empower and transform our communities to be stronger and more inclusive.

Deepen your understanding of justice, equity, diversity and inclusion and their importance in building inclusive communities and our sense of belonging.

Register for these events

The exercise builds awareness and understanding of our shared history as Indigenous and non-Indigenous peoples in Canada by having participants walk through situations that include pre-contact, treaty-making, colonization and resistance. By engaging on an emotional and intellectual level, the KAIROS Blanket Exercise effectively educates while increasing empathy. It reaches both the mind and the heart. It is contributing to a movement for reconciliation through education across the country.

*Please note: participants must be able to join this activity using a laptop, tablet or desktop. The Zoom phone app is not compatible with this activity.

This activity has limited capacity. Register early to avoid disappointment. 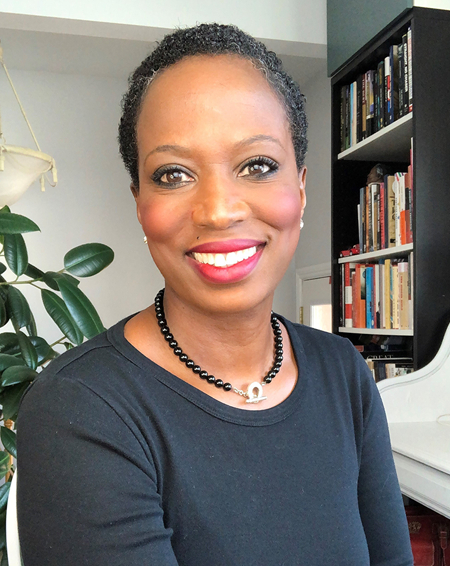 Keynote: The Importance of Equity, Diversity & Inclusion in our Communities

As an equity & inclusion advocate, Celina will share about the importance of equity and inclusion in our communities by using examples and lessons from her lived experience as a Black entrepreneur and former Member of Parliament. Her recently released book, Can You Hear Me Now? describes poignant lessons in leadership, empathy and empowerment. 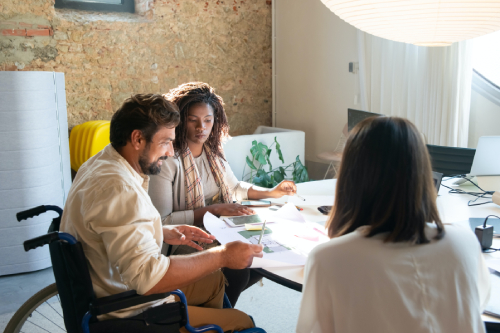 This workshop will provide participants with tools to understand what disability is, the types of disability, the current language of disability, what ableism is, how you can actively work to fight against it, and tips for disabled people and allies alike to better ensure equity in all that you do. 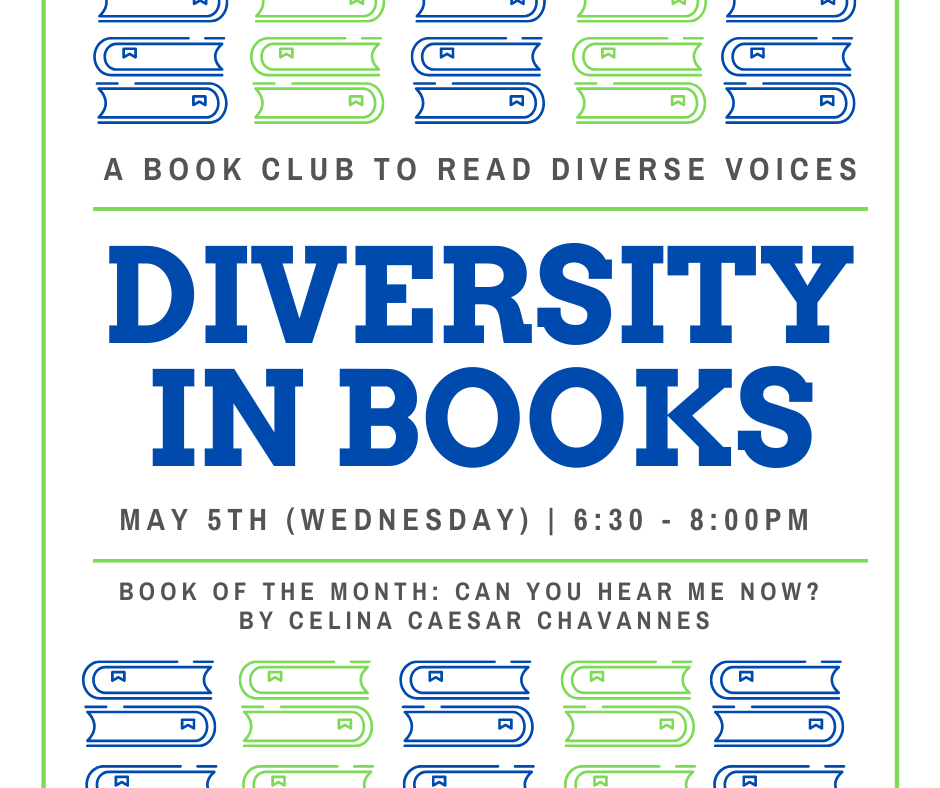 Diversity in Books: Can You Hear Me Now?

Join our monthly book club to discuss Celina Caesar-Chavannes’ book, Can You Hear Me Now? Share some of your reflections from the book or her keynote speech the night before. 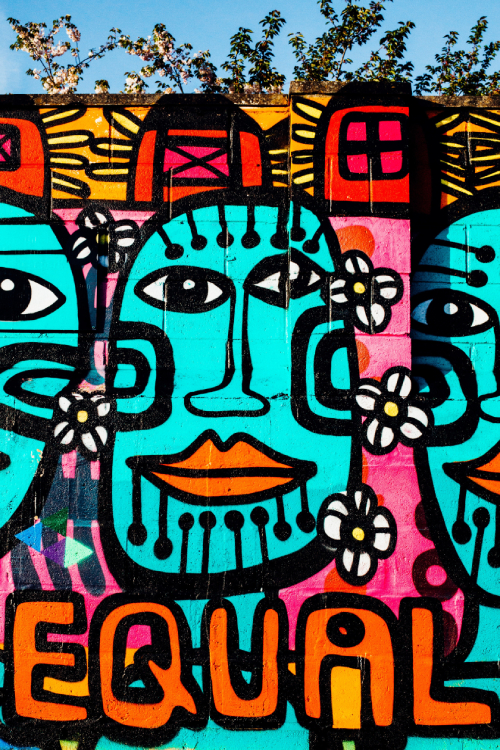 Diving deeper than your typical diversity and inclusion workshop, participants are given the opportunity to explore systemic oppression, social justice, privilege, identity and allyship through a variety of engaging activities. Through self-reflection, community- based inquiry, lessons from history and collaborative problem solving, participants gain the knowledge and skills to view the world through an anti- oppressive lens. 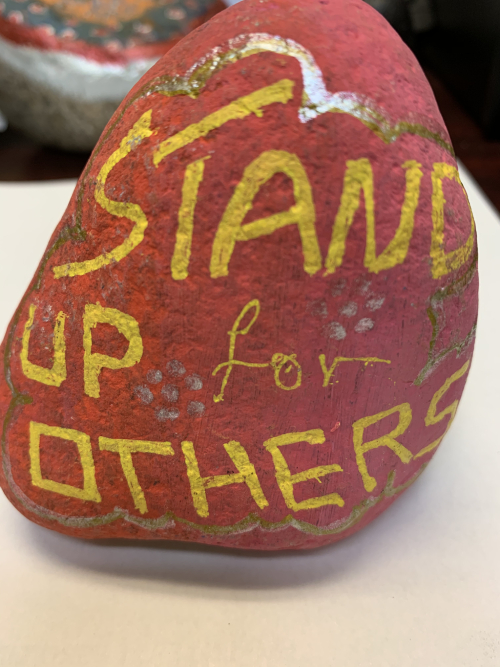 This workshop is an introduction to what is allyship, why is allyship important in anti-racism work. Participants will learn the principles of allyship and how we can share power. This is geared for both community members (public) and service providers (front-line to senior management). 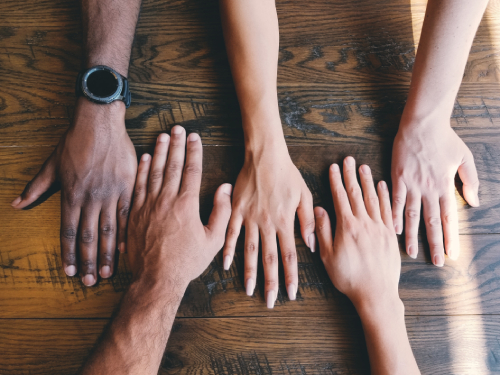 An immersive and in-depth workshop that exposes our complicity in racist power structures that exist all around us. This workshop is both personal and political: an exploration into bias, systemic oppression, language, cultural appropriation and intersectionality. Participants gain a deeper understanding of the manifestations of racism from systems of power to workplace microaggressions and most importantly gain the skills to speak up and combat racism in their communities. 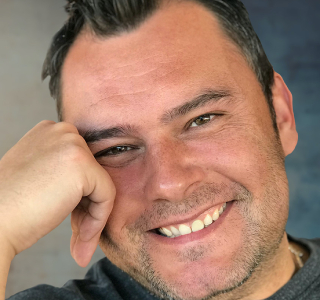 Keynote: The impact of intergenerational trauma & the use of trauma informed lens in policy and service improvements

Author of From the Ashes: My Story of Being Métis, Homeless and Finding My Way, Jesse Thistle will share how his lived experience with addiction and homelessness has impacted his advocacy work. Jesse is a Métis-Cree Ph.D. candidate in the History program and Assistant Professor at York University in Toronto 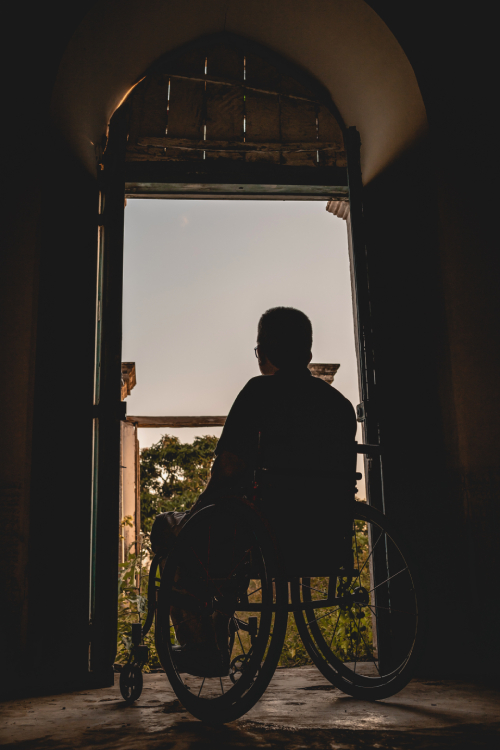 Increase your disability knowledge and engage in dialogue as we explore new ways of doing and perceiving, including the ten principles of disability justice and how they can be utilized in daily life. This workshop will also cover how these practices and principles impact the daily lives of people with disabilities. 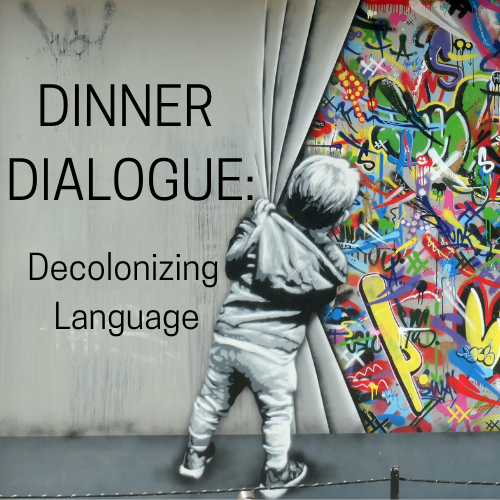 Join facilitator, Luna Aixin in dialogue around decolonizing our language to create more inclusive and safe spaces for all. Bring your dinner to this virtual dialogue. 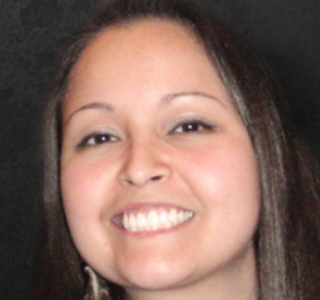 Join Indigenous facilitator, Christine MacKenzie as she engages us in dialogue about our cultural connections. Sharing about each other’s heritage and culture can empower and strengthen our understanding of each other. 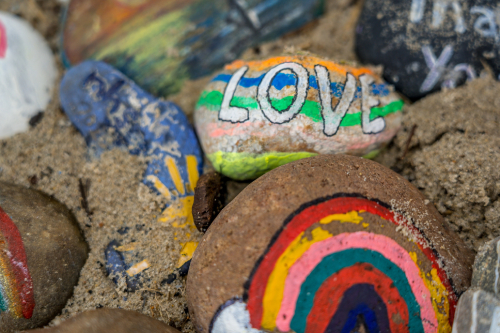 This workshop will dive deeper into intersectionality framework and understanding privilege as a responsibility. Participants will gain better understanding of how to act as collaborators within their workplace or in their community. Geared mostly for organizational staff (front line to senior management). 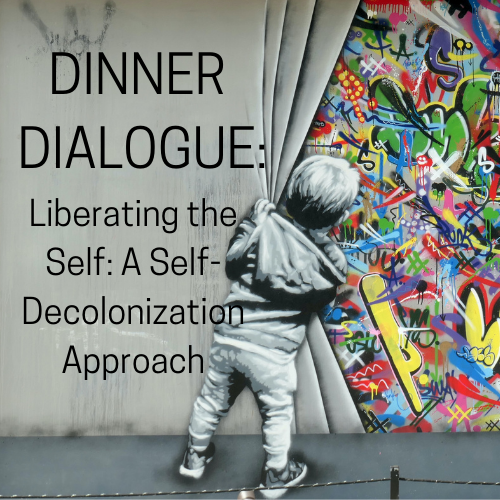 Dinner Dialogue: Liberating the Self: A Self-Decolonization Approach

Creating a safe space for BIPOC folx and allies to connect and reflect on their experiences and develop connections and solidarity. 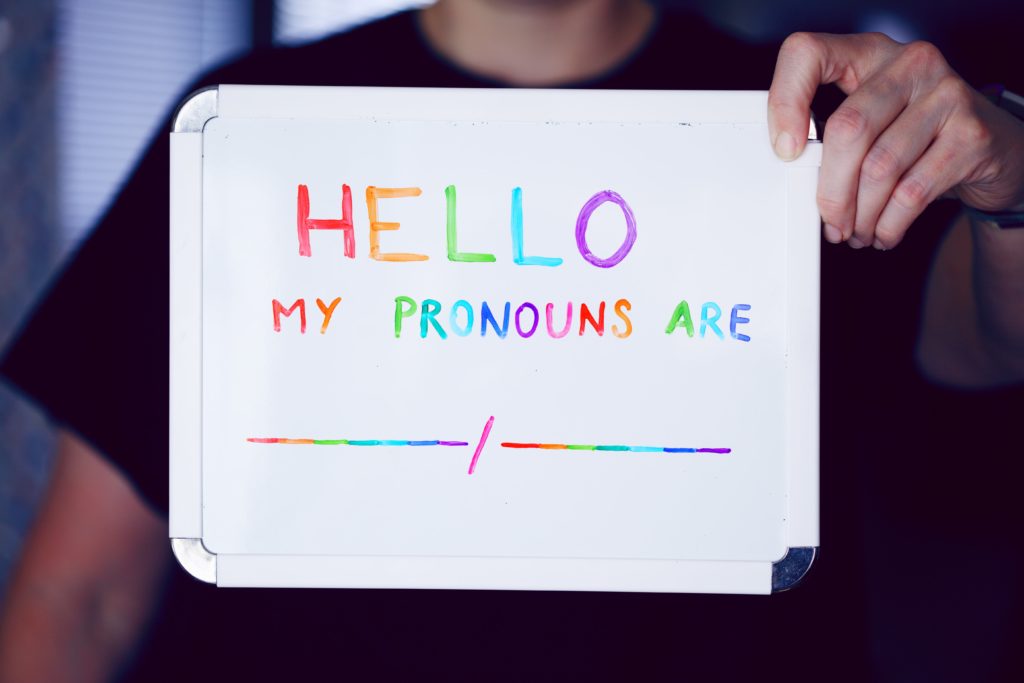 This is an awareness-raising workshop about the challenges facing transgender and gender non-conforming people. How can trade unions work to end discrimination and support our trans members? This introductory workshop includes an overview of appropriate language to use, existing legal protections, and what we as activists can do to make sure our workplaces and our unions are as inclusive as possible to transgender, non-binary and gender non-conforming folks.

Other Events in the Community

Share a recipe in honour of Asian Heritage Week! Grab a cook book and connect with your fellow foodies in the Library’s new Cook Book Book Club.

Join Coquitlam Public Library and IssofBC JobQuest for a series of workshops to support newcomers who are seeking or entering the Canadian workforce. 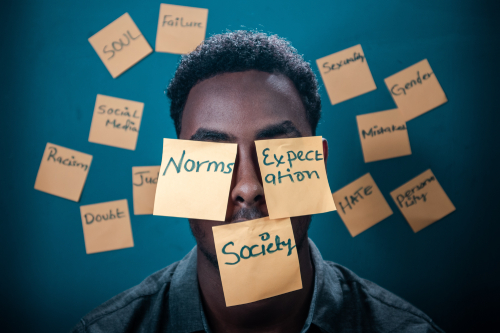 This workshop provides educational information on the science behind cognitive bias and how it informs the decisions we make every day. While biases are a natural part of our human brains, this workshop allows attendees to think critically about how biases may lead us to make unfair decisions, lack diversity in hiring or exclude people. Participants leave with a renewed sense of urgency and knowledge for recognizing bias in everyday conversation and decision-making which in turn transforms workplaces for the better. 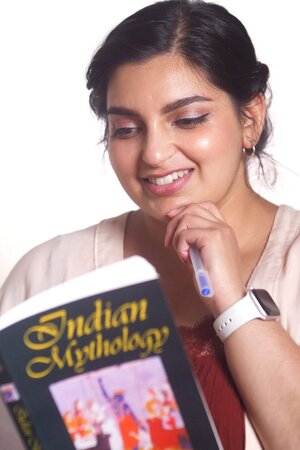 Join instructor Prem Kaur in mindfulness yoga: yoga with intention. Tap into your inner-power with the utmost of care, learning more about your inner-self throughout the process. By practicing yoga this way, open your awareness about who you are and what your purpose is in life in the present moment of time. 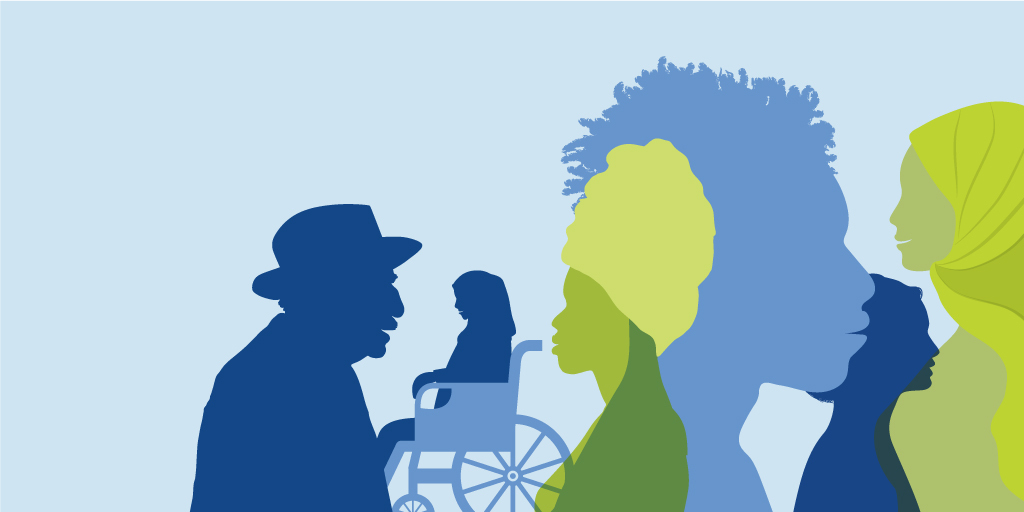 What is Systemic Racism?

This workshop will provide information about BC Office of Human Rights Commissioner and human rights, information about discrimination with an overview of the BC Human Rights Code, overview of BCOHRC’s work related to systemic racism (including the Am I Racist campaign and Disaggregated Data report) and how that work links to what people can do to address systemic racism at the individual and systemic level. 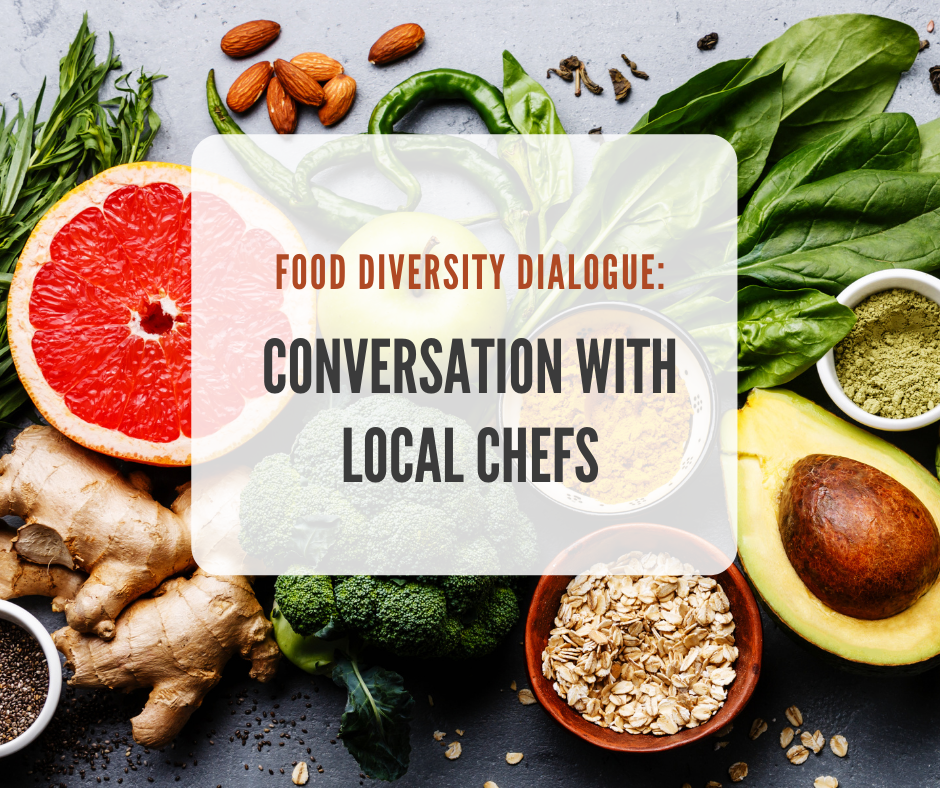 Our population’s diversity continues to grow and with that, we also see the availability of more diverse traditional foods in our communities. We will chat with some local chefs around the preparation of traditional foods, how their food connects themselves and their clients to their culture and some of the challenges they face around cultural appreciation and appropriation. 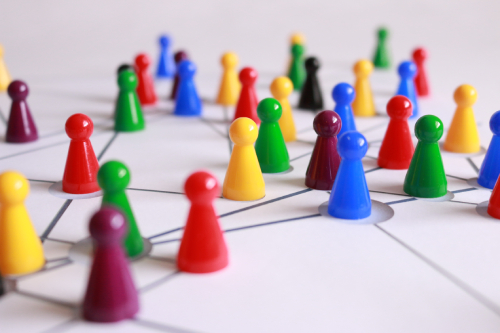 Tailored to leaders, managers and decision-makers, this workshop dives deep into conversations about the ethical use of power. We talk about bias and de-biasing, listening behind the lines, and having courageous conversations. Essential to this part of the workshop is an openness to learn. Participants will learn how to ask practical, compassionate questions and develop better active listening skills and improved means of supporting others. 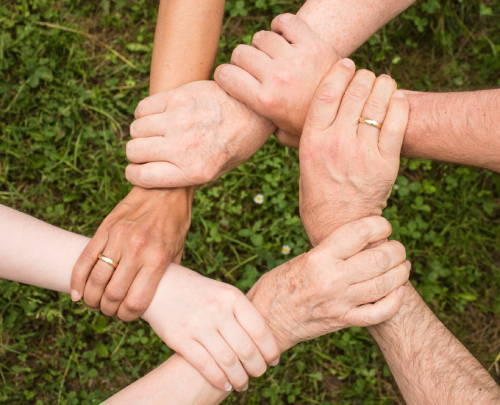 Moving from Allyship to Collaboration

This workshop will cover how allyship can move towards collaboration and structural change and how organizations can map intersections for action. Geared mostly for organizational staff (front line to senior management). 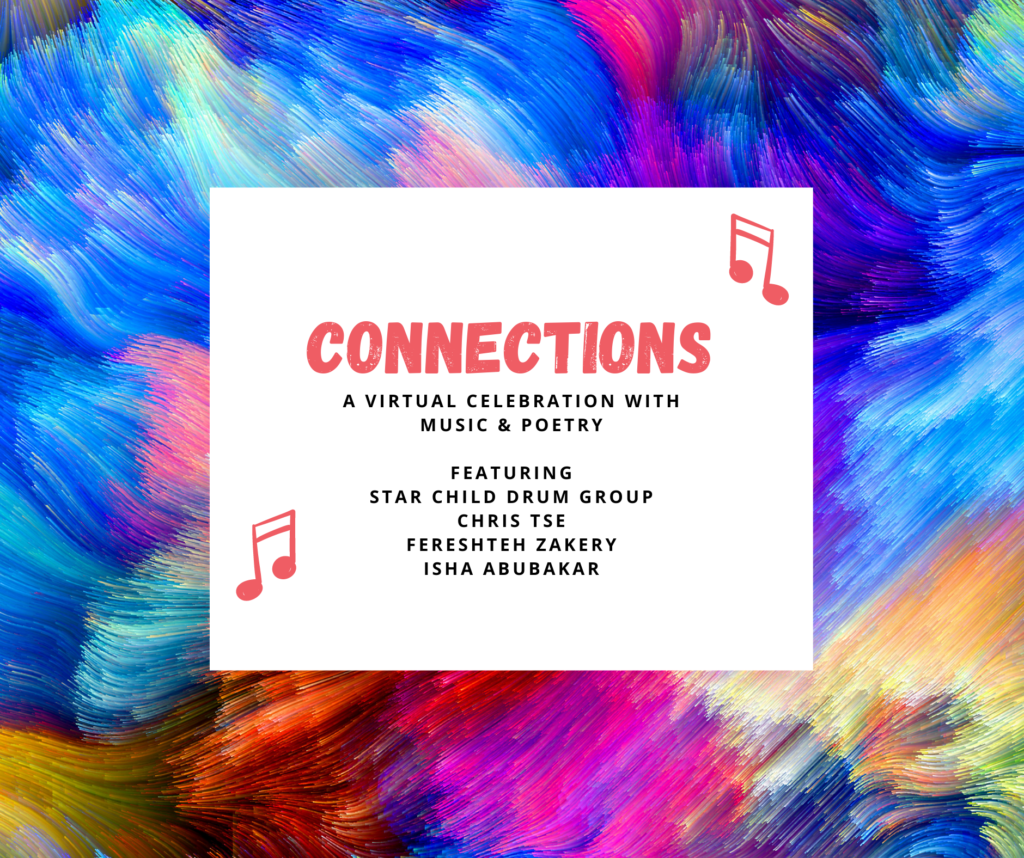 Join us for an hour of music, dance and poetry to celebrate our initiative.

The exercise builds awareness and understanding of our shared history as Indigenous and non-Indigenous peoples in Canada by having participants walk through situations that include pre-contact, treaty-making, colonization and resistance. By engaging on an emotional and intellectual level, the KAIROS Blanket Exercise effectively educates while increasing empathy. It reaches both the mind and the heart. It is contributing to a movement for reconciliation through education across the country.

*Please note: participants must be able to join this activity using a laptop, tablet or desktop. The Zoom phone app is not compatible with this activity.

This activity has limited capacity. Register early to avoid disappointment.

If you require live captioning and/or ASL interpretation, please let us know at least 3 days in advance by indicating on the registration form or by contacting tricitieslip@success.bc.ca

If you would prefer to register by phone or email, please contact tricitieslip@success.bc.ca or at 604.468.6001. Please leave a message with your name and phone number, we will return your call and complete the registration with you.

This initiative is supported by:

Celina Caesar-Chavannes is a business consultant, coach and international speaker. She currently serves as the Sr. Advisor, EDI Initiatives and Adjunct Lecturer at Queen’s University and her forthcoming book, “Can You Hear Me Now?” was published by Penguin Random House Canada in February this year. She was the former Member of Parliament for Whitby, Parliamentary Secretary to Prime Minister Justin Trudeau and Parliamentary Secretary for International Development. During her term as a Member of Parliament, Celina was awarded several distinctions including a feature in the April 2018 edition of O (Oprah Winfrey) Magazine entitled, “What would you stand up for and named Chatelaine Magazine’s Woman of the Year (2019). She has a Bachelor of Science, an MBA in Healthcare Management and an Executive MBA from the Rotman School of Management.

She can be followed on all social media platforms @iamcelinacc

Jesse Thistle is a Metis-Cree Ph.D. Candidate in the History program and Assistant Professor at York University, Toronto. Currently, he is working on theories of the intergenerational and historical trauma of the Metis people. Jesse’s work involves reflections on his own previous struggles with addiction and homelessness and has been recognized as having a wide impact on both the scholarly community and the greater public.

Thistle was born in Prince Albert, Saskatchewan. In 1979 he and his two brothers were removed from his family home and moved to Brampton, Ontario to be brought up by his paternal grandparents. During his late teens and twenties, Thistle struggled with addiction, homelessness, and served several brief stints in jail for petty theft. After an unsuccessful robbery attempt in 2006, Thistle turned himself in to police custody and entered a drug rehabilitation program. In 2012 he entered the undergraduate history program at York University. 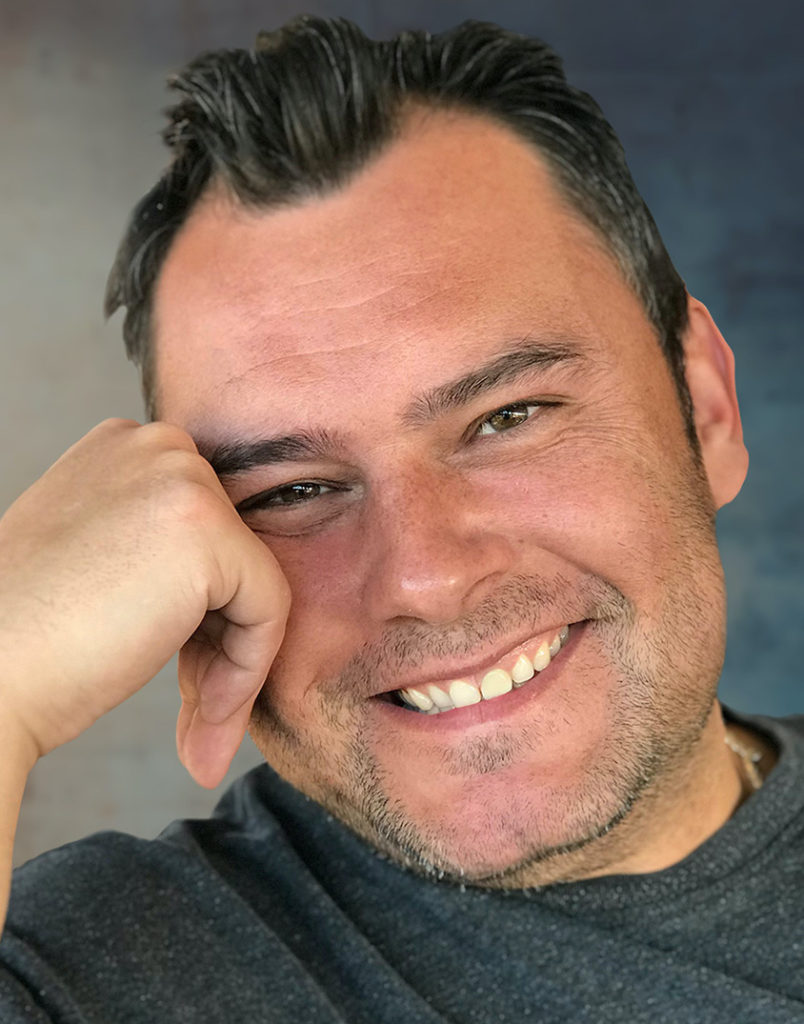